The airdensity consists of 2 components.

To measure the air temperature, we place a sensor in the intake path. Preferably not in the manifold. There the sensor could make an incorrect measurement due to the motor heating up. Somewhere for the gas valve is ideal. 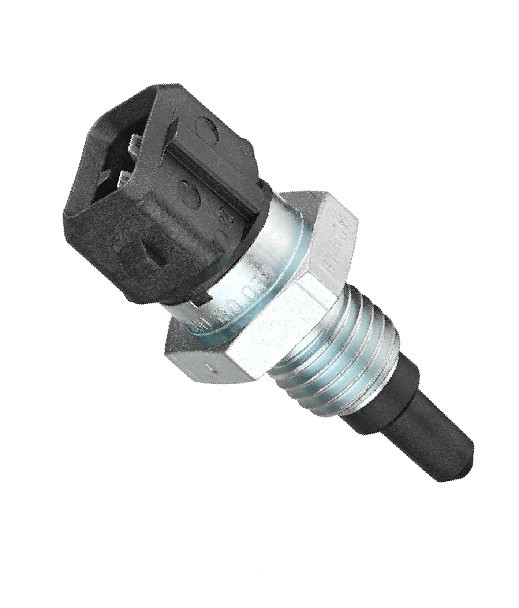 The sensor used is a so-called NTC thermistor. This sensor gives an X resistance at a Y temperature. The curve is not linear. We can program the characteristic of the sensor in the EFIgnition.

The air temperature sensor has a number of names:

We must of course compensate for this. Otherwise, the engine will run lean in very cold air and too fat in very hot air. The adjustment curve is already included as standard in the EFIgnition base folder, but it is possible to adjust it. 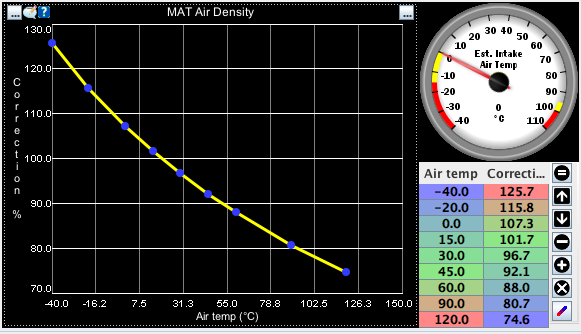 Adjustment of ignition time based on MAT (Manifold Air Temperature)

The speed of combustion is influenced by the final compression temperature. If the intake air temperature is high, the combustion will proceed faster and we must allow the ignition to take place later in order to have the peak pressure above the piston on the right moment.

We can adjust the ignition time based on the measured air temperature. In this way we prevent the engine from detonating when the turbo warms up and thereby gives higher intake air temperatures. 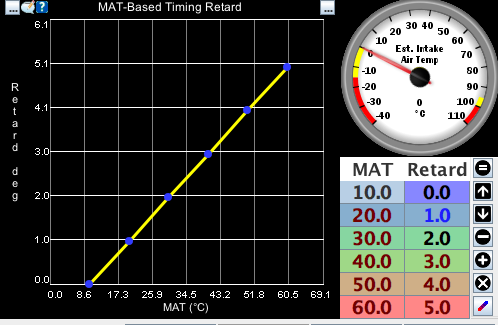