Have you ever driven a really good Austin Healey 3000? 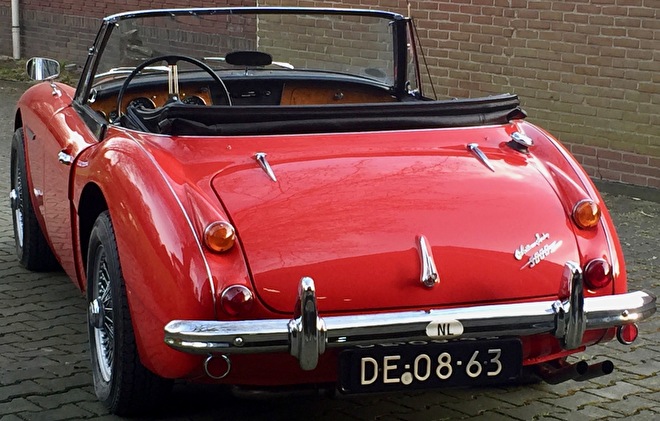 One where you never have to be under the hood again for a carburetor adjustment or ignition? One that shifts fine, steer well, brake and drive? One that you can let your wife ride without having trouble with the service? It's possible. And it's a fantastic experience.

The engine is equipped with a new intake manifold with 1 central gas valve with potentiometer, 6 injectors, stepper motor, combined MAP / intake air temperature sensor. A new coolant temperature sensor has been installed and a lambda probe has been installed in the exhaust. The ignition is provided by a distributorless DIS ignition coil. The timing of the spark and the air / fuel mixture is taken care of by the EFIgnition ECU (Engine Control Unit). We can talk about it for a long time.

But ... Images speak for themselves. 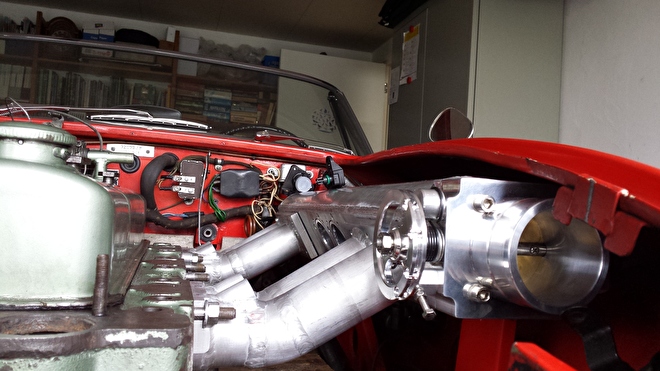 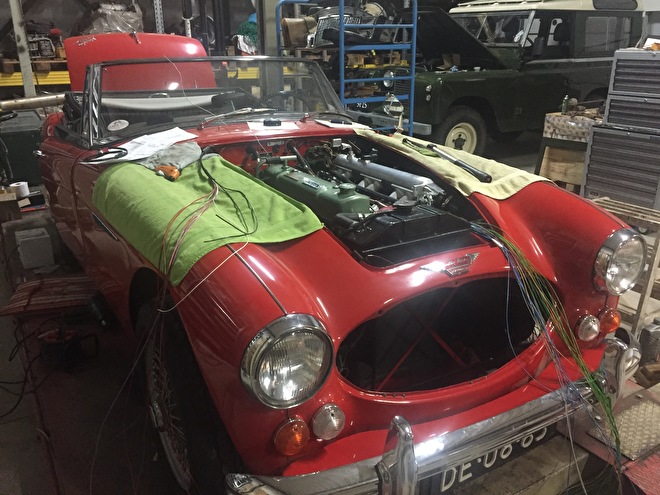 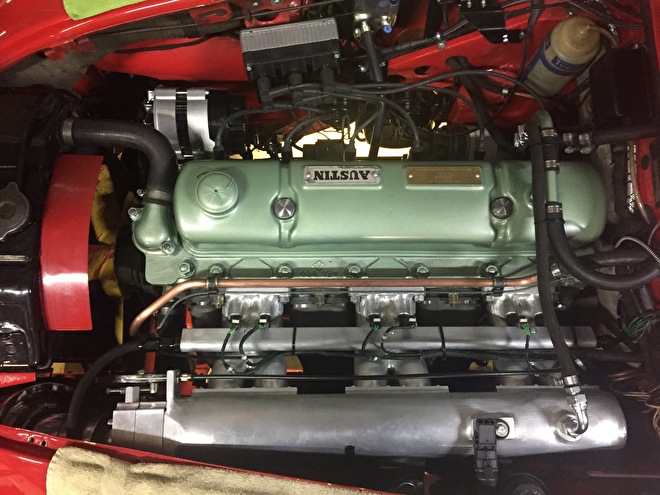 This is genuinely a resto mod in its best form.

It goes without saying that the capacity has increased. The consumption has decreased less than expected. But that is probably because it is so much fun acceleration with this car. The car produces below 200ppm HC and runs on less than 1% CO. That is enormously clean for such a motor without a catalyst.

In itself this engine is no different from other projects. It is just as difficult or easy to convert as other engines. There were a few details that made it interesting:

The intake manifold is custom build.
The diameter of the supply line of the tank is insufficient for the injection system. Finally, a "swirl pot" was added. An electric carburetor pump fills the buffer tank. The buffer tank contains a high-pressure pump which supplies the injectors with sufficient fuel.
A hole had to be drilled in the block for the coolant temperature sensor. This can be next to the thermostat and this is not very exciting.
Interested in such a conversion? We can help you with it or carry out the complete conversion for you. 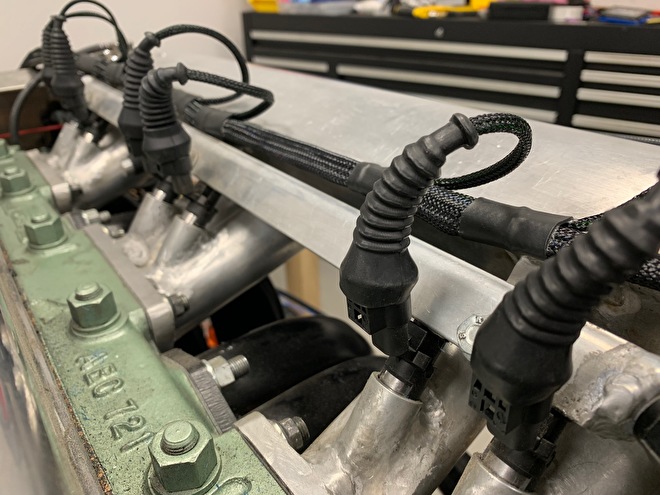